Despite a couple of heavy showers on Sunday afternoon, the official opening of our new tennis courts went ahead with great support from members.

Aylesbury’s Mayor, Cllr Anders Christensen, congratulated the Committee and members for the money and time donated in order for the Club to reach the amount required to replace four courts and rejuvenate 3 others resulting in the terrific new playing surfaces.

The Mayor then cut the ceremonial ribbons in Wimbledon colours and declared the courts open for play.

Light refreshments were served and the bar was ably attended by Paul and Cathy Rickard, much to the delight of all attending.

After the Mayor departed for his next engagement, members took to the courts for a Fun Tournament organised by coach Sam Frost.

Our thanks go to all those who turned up the previous Sunday to spruce up the area in front of the clubhouse and help on the day to set up the tables, chairs, gazebo and provide sandwiches and cake. Your contribution was greatly appreciated.

So, onwards and upwards everyone. Hope to see you down at the club enjoying your tennis, in glorious summer weather and hopefully with lockdown well and truly behind us. Although not quite yet. 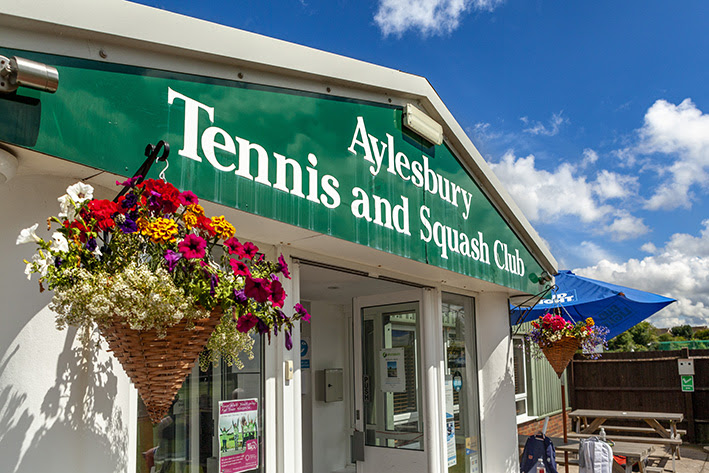 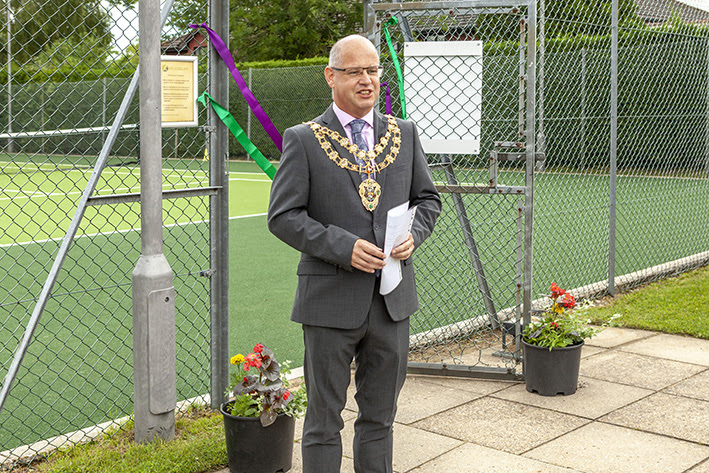 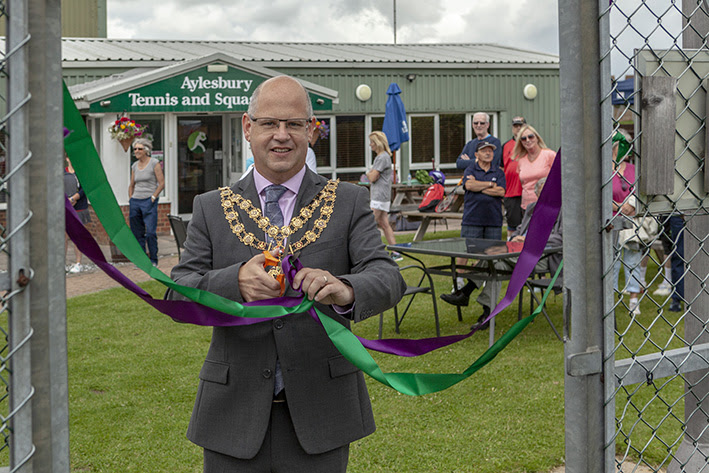 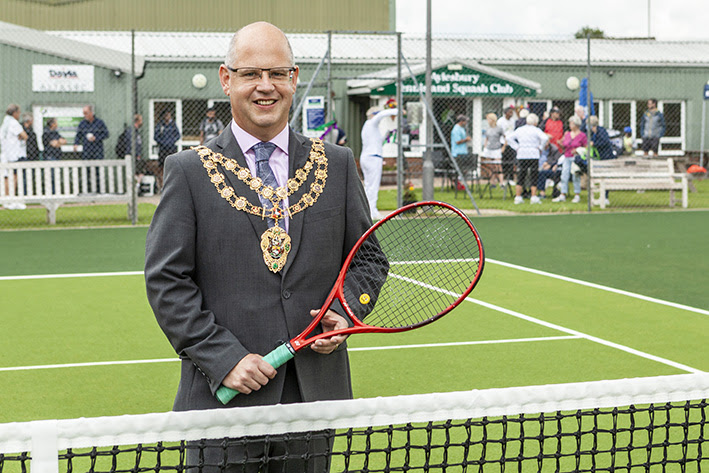 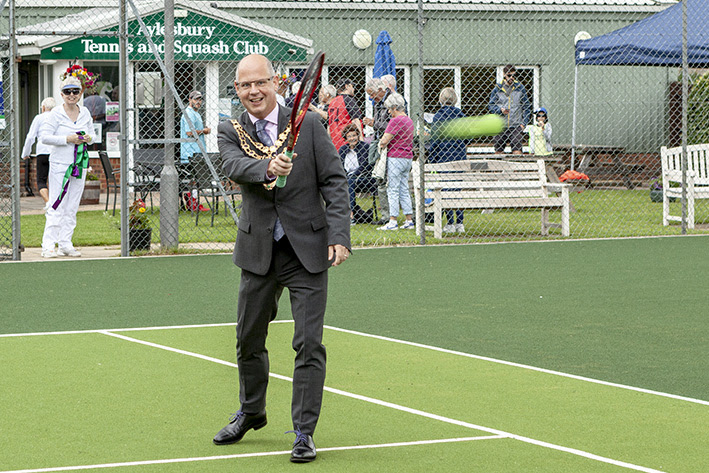 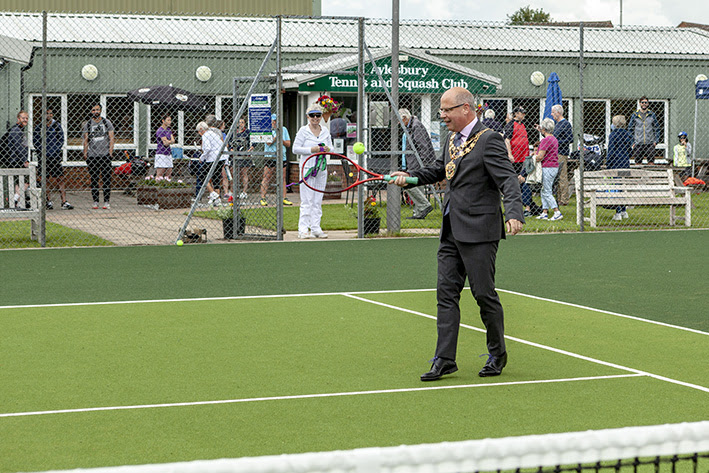 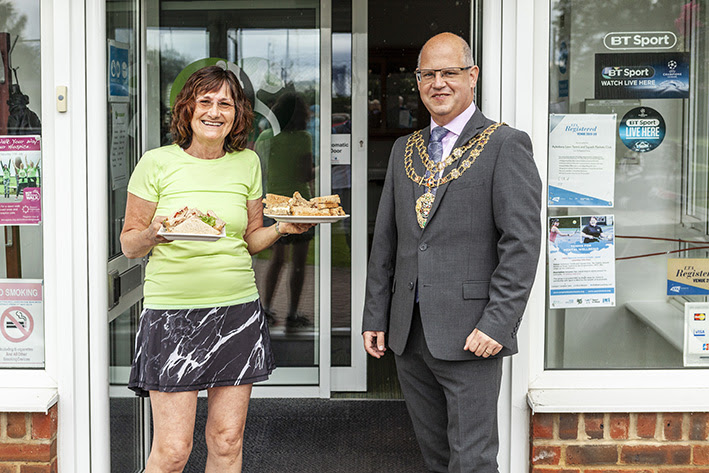 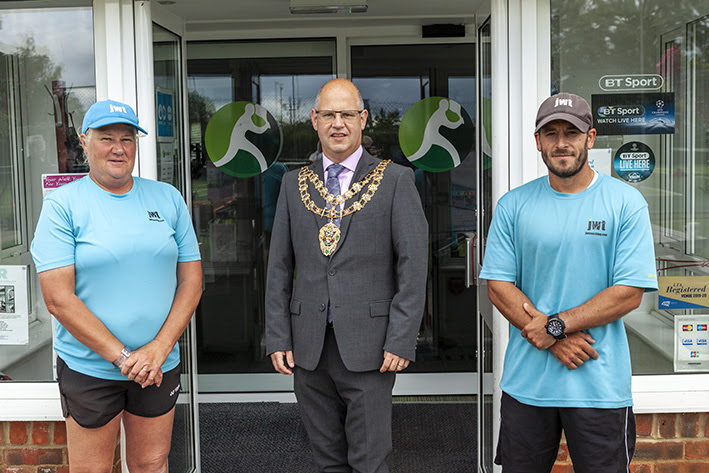 Subscribe to hear news, offers and events at Aylesbury Tennis and Squash Club

Get in touch with Ben