Our team - who they are and what they do 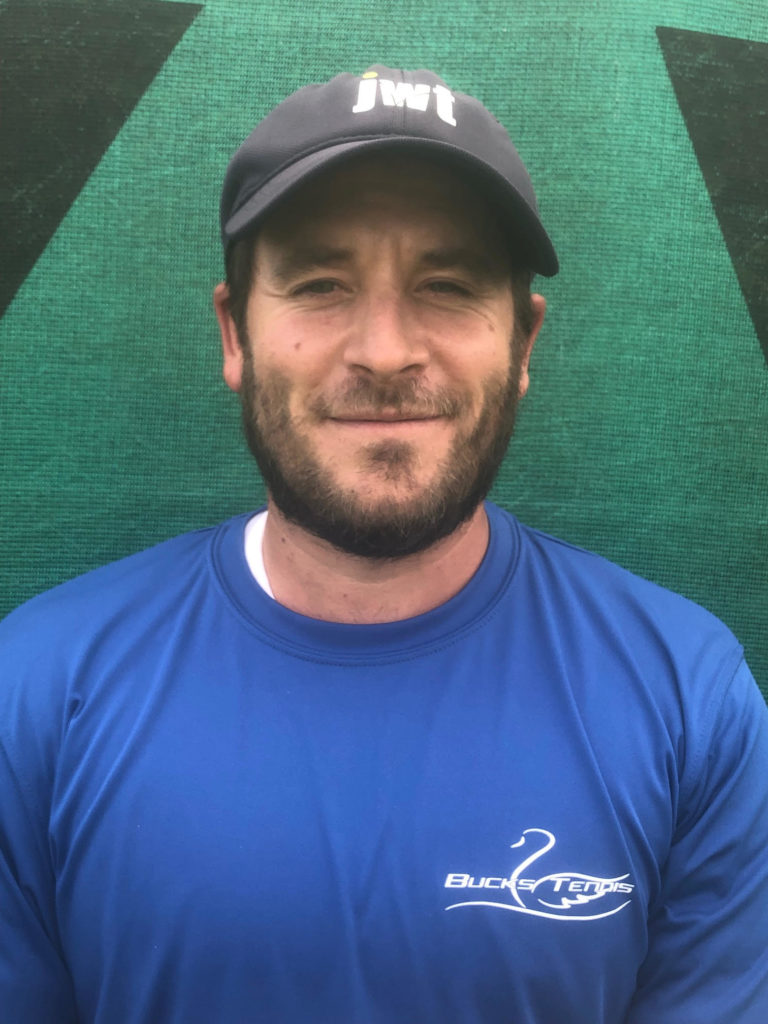 James is currently LTA Level 3 Tennis Coach, working towards Level 4, with a BA (Hons) in Leisure and Sports Management, and has been coaching for almost 20 years. James first started playing at the age of five and soon progressed to playing competitively for Buckinghamshire, gaining selection for 4 consecutive U18 County Cup events.

James had an impressive record as a player, reaching the last 32 in the British Junior Nationals at U14 level. He also achieved a 3-year unbeaten record in the University of Brighton’s Men’s Tennis Team in B.U.S.A.

James set up JWT Coaching in 2010 whilst at Bicester Tennis Club, and in 2013, we were lucky enough to entice him to be our Head Coach here at Aylesbury Tennis & Squash club. Since then James has been able to attract an array of talented, experienced and enthusiastic coaching staff, whilst also fostering and mentoring some of the younger players to pursue their own coaching accreditations.

James enjoys coaching players of all abilities, and has a particular excitement in discovering and developing players to their full potential, allowing them to compete and gain success in competition. This success is only achievable with equal commitment from both player and coach, working collectively to enhance the technical, tactical and physical elements of your game in an enjoyable and motivating way.

James continues his championing of new talent, and is currently Bucks Boys Under 12s County Assistant Captain, working alongside some of the best coaches in Buckinghamshire, exchanging knowledge and ideas at regular forums.

Under the banner of JWT Coaching, James is able to supply a wide range of tennis equipment from our club shop and also offers a racquet restringing service if required.

So, whether you’ve never picked up a racket before, a performance player looking to improve or like many of our members, social players; why not come down and see what we’ve got to offer. Further information can be found at www.jwtcoaching.com 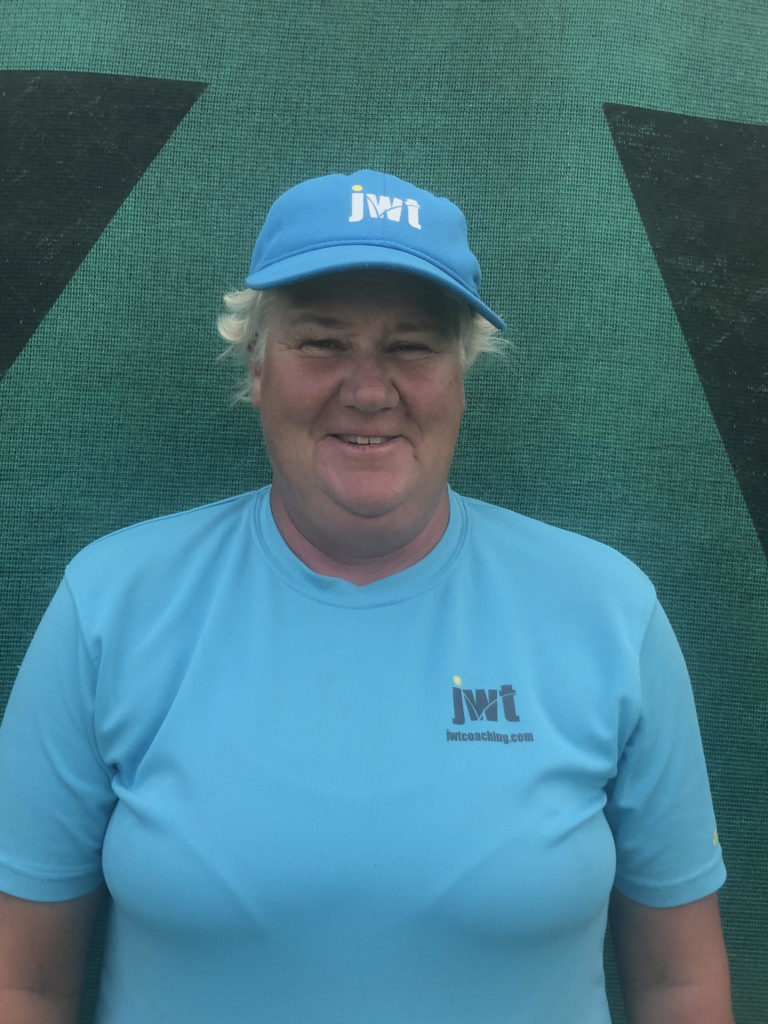 Caroline is an LTA Level 4 coach. With over 34 years of experience, Caroline brings a wealth of knowledge from her time at both large and small tennis clubs as well as from her many years working within the commercial sector.

Caroline has had an array of success as a player, having received County Colours for Buckinghamshire at both junior and senior levels, winning the Bucks U18 singles and playing in the National Grass Courts at junior level. Caroline continued this success as a coach, and after 5 years, has only recently stepped down as the Bucks U12 Girls County Captain.

From tiny tots through to ‘rusty racquets’, Caroline has coached them all, and continues to develop our tennis courses to ensure that the content is fresh, innovative and most of all FUN! These skills are essential when keeping the attention and focus of all ages whilst conducting our JWT led Tennis Holiday Camps.

Caroline enjoys coaching a wide range of ages and abilities, and has a passion in working with both children and adults with learning difficulties. Recognising the numerous benefits that sport and exercise can have on a person’s mental health as well as physical wellbeing, Caroline has begun working with Sport in Mind alongside Bright Ideas for Tennis. Utilising this expertise, Caroline will develop a coaching program tailored to focusing on the mindfulness of mental health as well as the physical benefits of exercise through tennis.

So, if you are new to tennis, a lapsed player looking to return, or like many of our members, social players that enjoy the exercise whilst meeting up with other members; why not come down and see what we’ve got to offer. 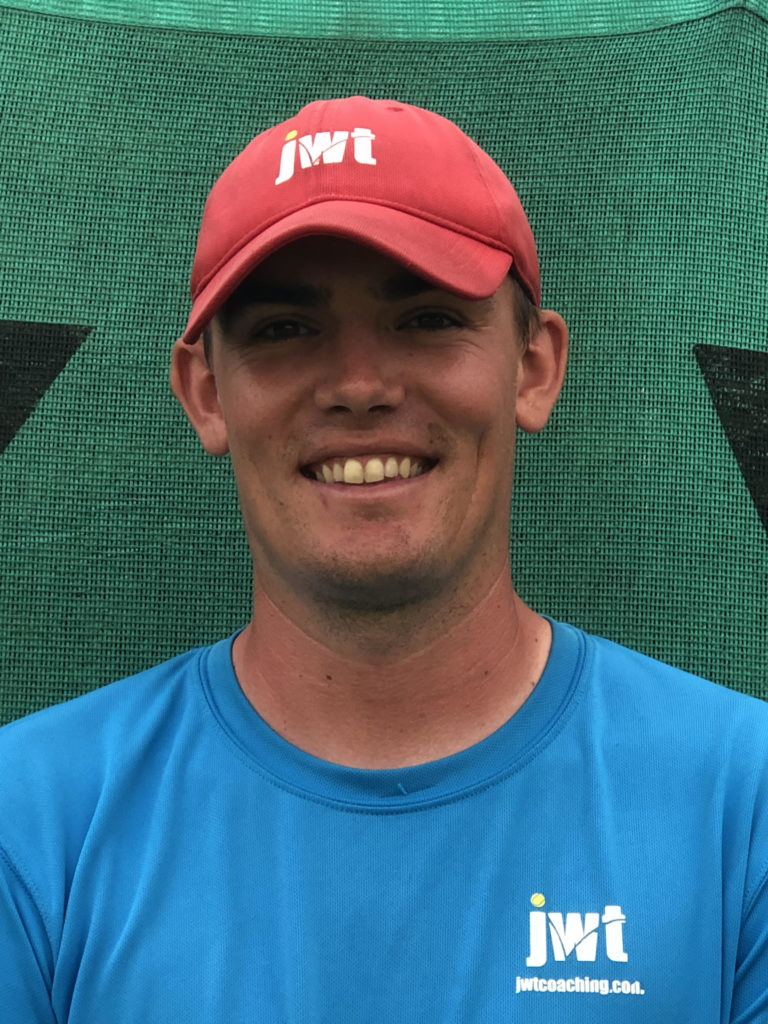 Sam is an LTA Level 2 Coach and has been coaching for over 10 years. Sam first started playing at the age of 12 and his natural ability quickly shone through. By the age of 15, he was already on the performance squad at Halton Tennis Centre, and by the age of 16 had successfully secured a full scholarship to Sutton Tennis Academy.

Sam first began his coaching career at the age of 16 at Halton High Performance Centre; working alongside many nationally renowned coaches and players, and by the age of 18 had gained a full time coaching position at Wendover Lawn Tennis Club. At the age of 20, Sam had the opportunity to coach overseas for 6 months in Rhodes, Greece, working for Mark Warner. This allowed Sam to work with a wide array of players, from children who may have never picked up a racket, to experienced adults with an established game, looking to fine tune their technique. This is experience that Sam is able to utilise and continues to develop whilst coaching here at AT&SC.

Sam’s great work ethic and enthusiasm as a coach is recognised not just in the sessions held here at AT&SC, but also for the fantastic coaching sessions he does with the Buckinghamshire U8’s County Team.

Sam enjoys coaching all abilities, and relishes introducing new players to the sport; be that tiny tots through to adults that are complete novices. Sam’s mission is to introduce tennis to as many people as possible, ensuring sessions are structured, engaging and FUN; this includes running our Cardio Tennis sessions.

For those that think club tennis will not give you a sufficient workout, you may want to try our Cardio Tennis sessions. They are a high-energy fitness activity that combines the best features of the sport of tennis with cardiovascular exercise, delivering the ultimate, full body, calorie burning aerobic workout. It is a very social and fun class for players of all ability levels taught by Sam. If you have never played tennis before it is a great way to be introduced to the sport and if you are an experienced high-level tennis player, it’s a wonderful way to increase your stamina too.

Whether you or your child has never picked up a racket before, a fitness fanatic looking for an intense workout or like many of our members, social players; why not come down and see what we have to offer. Further information can be found at www.jwtcoaching.com 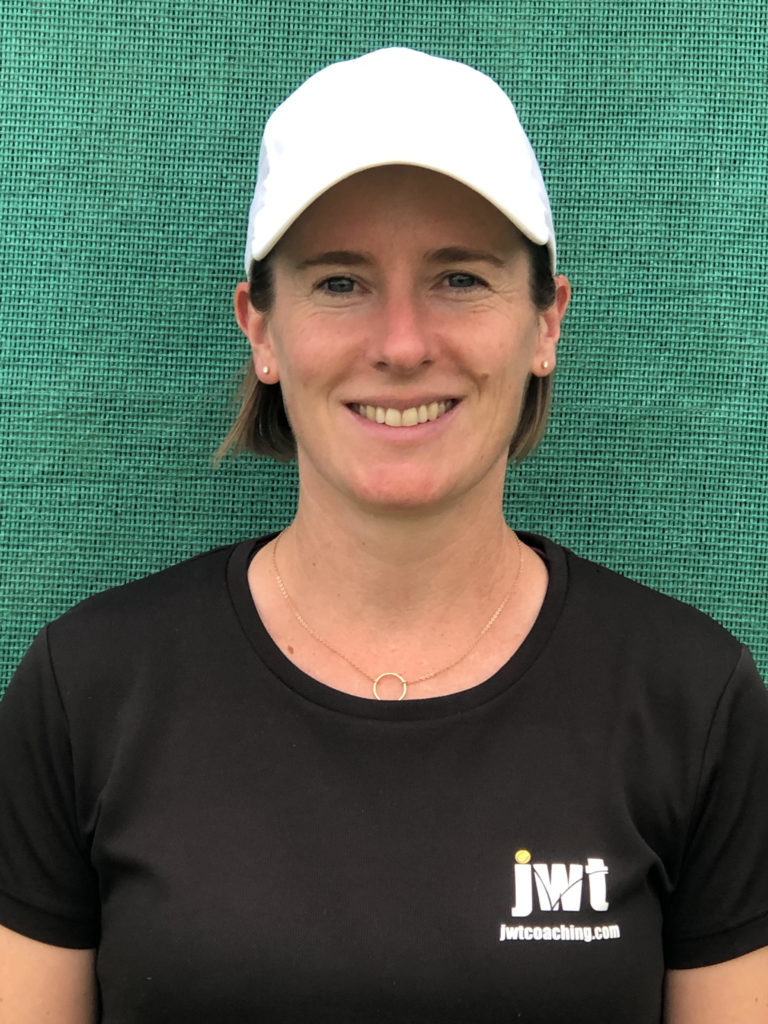 Emily is an LTA Level 3 Tennis Coach with a degree in Sports Studies, and has worked as a part-time coach for over 20 years. As a junior, Emily represented South of England and now plays for the Bucks County team.

At the tender age of eight, Emily attended an event at Stoke Mandeville Stadium, where her dad lifted her into one of the sports wheelchairs and she promptly fell out backwards. Rather than deter her, this event marked the beginning of a lifelong love of wheelchair sports. A passion that has culminated in her new role within WheelPower. A charity based in Stoke Mandeville with a ‘Mission to Transform Lives Through Sport’

Emily also sits on the Bucks Impaired Tennis Working Group, which aims to increase participation for disabled players, and has been instrumental in the introduction of a wheelchair tennis competition circuit within the county.

In 2017 Emily successfully secured the necessary funding to introduce wheelchair tennis at AT&SC. Participation in the sessions have been good, and the players have been incredibly successful, winning the majority of the competitions they have entered.

An extract of an article where Guy Morris, one of the regular players depicts his experience:

….The sessions are well thought out and structured for both adults and kids. It’s been tough, having to adjust the thought process of being in a wheelchair; positioning and hitting the right shot without legs and chair getting in the way. I've found it really helpful in that it gets my body moving in ways that my normal day-to-day activities don’t - it helps with fitness and coordination, plus its fun!’....

If you or anyone you know may be interested, please encourage them to come and give it a go at Aylesbury Tennis & Squash Club, a club that believes and values inclusivity. Coaching can be arranged for individuals as well as group sessions. Further information can be found at www.jwtcoaching.com/wheelspin

Subscribe to hear news, offers and events at Aylesbury Tennis and Squash Club

Get in touch with Ben